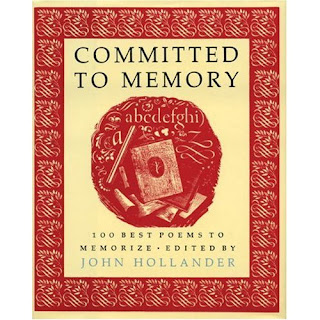 On our shelves is a volume called Committed to Memory: 100 Best Poems to Memorize, edited by John Hollander [821.008 COM]. It has poems that date from Biblical times to the second half of the 20th century.

Henley was a survivor, I found out. He endured a vicious illness--tuberculosis of the bones--that left him crippled. His hospital ordeal inspired his most famous poem, "Invictus."

Henley was also a writer and an editor who worked with the likes of Robert Louis Stevenson and Rudyard Kipling, and yet, Henley has been virtually forgotten.

Here's the Henley poem that got me wondering about the unknown man behind the well known words:

Out of the night that covers me,
Black as the Pit from pole to pole,
I thank whatever gods may be
For my unconquerable soul.

In the fell clutch of circumstance
I have not winced nor cried aloud.
Under the bludgeonings of chance
My head is bloody, but unbowed.

Beyond this place of wrath and tears
Looms but the Horror of the shade,
And yet the menace of the years
Finds, and shall find, me unafraid.

It matters not how strait the gate,
How charged with punishments the scroll,
I am the master of my fate:
I am the captain of my soul.

I bet you've heard lines from this one poem repeated many times--now you know where they came from!

The Poetry Friday Round-Up is hosted by Susan Taylor Brown.
Posted by KURIOUS KITTY at 12:04 AM