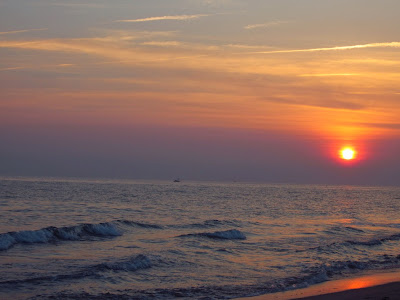 Galway Kinnell, a poet from the neighboring state of Vermont, died on Tuesday. The New York Times said that Kinnell wrote

verses that, as he said, could be understood without a graduate degree. He succeeded well enough that all of the volumes of poems he published from 1960 to 2008--evocations of urban streetscapes, pastoral odes, meditations on mortality and frank explorations of sex--are still in print.

He had an admirable goal--to have his work appreciated by the average person. I also know, from having heard him speak at the Dodge Festival a few years ago, that learning poetry by heart was something he did well, and something he thought we all should do. My memorization skills are minimal, but it would be a way to honor his memory if I attempted to memorize one of his poems. Maybe this perfect little one?

On the tidal mud, just before sunset,
dozens of starfishes
were creeping. It was
as though the mud were a sky
and enormous, imperfect stars
moved across it as slowly
as the actual stars cross heaven.
All at once they stopped,
and, as if they had simply
increased their receptivity
to gravity they sank down
into the mud; they faded down
into it and lay still; and by the time
pink of sunset broke across them
they were as invisible
as the true stars at daybreak.

It's also Halloween today, so I imagine there's lots of holiday poetry and fun taking place at TeacherDance where the Poetry Friday Round-Up is happening.

Photo by Eli Duke.
Posted by Diane Mayr at 8:30 PM