Born in the frontier of Iowa, in 1846, William F. Cody would later be known as Buffalo Bill. He lived until 1917 and gained great renown as a showman, as this film illustrates:

And since it is Poetry Friday, here's probably the most famous poem ever written about Cody, it is commonly known as "Buffalo Bill's Defunct," and is by e. e. cummings. 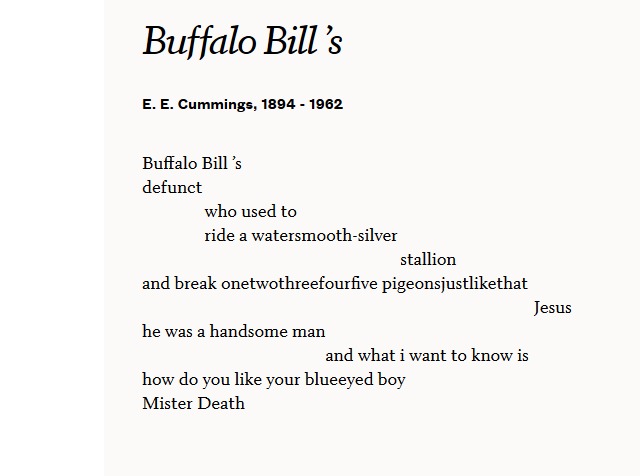 (I took a screen shot of the poem from poets.org in order to preserve its unusual formatting.)

Yee ha! The Poetry Friday Round-Up can be found at Elizabeth Steinglass--mosey on over!
Posted by KURIOUS KITTY at 12:00 AM