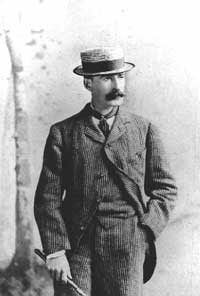 In Boston, on this day in 1836, Winslow Homer was born. Homer, as you probably know, was one of the great American painters of the 1800s. I would suggest a quick look at the Winslow Homer website for an overview of his life and work. We own several older volumes on Homer, including Winslow Homer at Prout's Neck by Philip C. Beam [759.13 BEA]. Prout's Neck is in Scarborough, ME. (The Portland Museum of Art owns Homer's home and studio and conducts tours beginning April 14.)